In honor of Black History Month, a man of many firsts made a recent visit to the Robinson Gardens Apartments Youth Group.

Now retired, Wayman Lee of Springfield told the group that he has racked up a number of firsts in his 40-year career as an attorney:

Though the accomplishments are notable and drew admiration from the teens, Lee brushed them off modestly, saying basically that he was in the right place at the right time, every time. 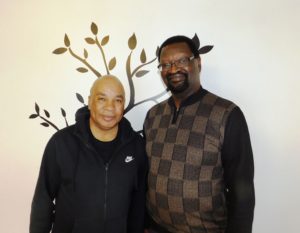 “I’m one of those ‘first’ people that you hear about,” Lee said. “Really, it’s not a big deal. At each step, they were opportunities for me at the time that I went for and was fortunate to get.”

But teens in the Youth Group were impressed, and rightfully so.

“He’s done a lot of different things, and he’s gone to the top every time. He’s someone you would notice,” said Kashawn Lenoir, who is 17. “You’d notice him because he’s had so many accomplishments.”

SHA Executive Director Denise Jordan thanked Lee for his visit to the SHA development in the Pine Point section of the city, noting that he is a fine example for all young people.

“Wayman Lee is a true role model, in every sense of the words,” Jordan said. “He’s done a lot for the city, and he’s still giving back by working with our young people.”

Lee visited Robinson Gardens to share the story of his life along with some notable African-American history right here in Springfield, starting out with the city’s role in the Underground Railroad and ending with recent notable and city native Ruth E. Carter who just picked up an Oscar for costume design for the movie Black Panther.

He also mentioned St. John’s Congregational Church on the corner of Union and Hancock streets, known as the Free Church in the mid-1800s, when it was a major stop along the Underground Railroad.  Among its members was abolitionist John Brown, and among its guest lecturers, Frederick Douglass and Sojourner Truth. 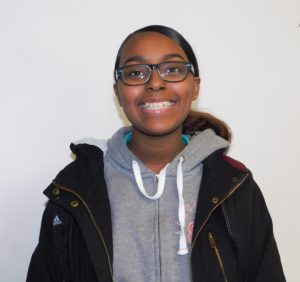 Fifteen-year-old Ariana Cortez said she found Lee to be interesting and inspiring when he visited Robinson Gardens Apartments.

Then there are the two public schools named after local notables – Rebecca M Johnson School, for the woman who was the city’s first African-American teacher as well as principal, and William DeBerry School, for a 19th-Century pastor at St. John’s who founded what is now the Dunbar Community Center.

“Springfield has a rich history of African-American people who did many good things,” Lee said.

Lee gave the teens a brief history of his own life and accomplishments. Born in Alabama, he studied pre-law and history at Alabama A & M University, coming to Springfield in the early 1970s to earn a law degree at what is now Western New England University.

Graduating in 1977, Lee worked for a decade as attorney for the state Division of Unemployment Security, now known as the Department of Unemployment Assistance. He then  moved over to Springfield City Hall, where he worked in the Law Department on a variety of cases. He also served as attorney to the Springfield City Council before his appointment as City Clerk in 2006, where he worked until his retirement in 2017. 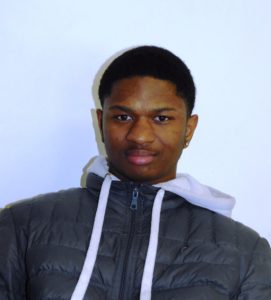 Lee, a naturally friendly person, said a lot of his good fortune came from getting to know people and professionally networking, and he advised the teens at Robinson Gardens to do the same.

“Networking is something that you want to do once you’re out there working,” Lee said. “It’s talking to people, getting to know people, and hearing about opportunities as they come up. I networked like that all along the way.”

Now, Lee spends many days giving back to the community, partly in his role as a member of ‘The Crew,’ a group of retired Springfield men who spend time with youth in a variety of ways, including some at SHA developments.

For their part, teens at Robinson Gardens found Lee to be engaging, interesting, and willing to share his many professional accomplishments.

“He told us about how he went to college and then switched his major because he didn’t like what he was doing. It made me think that I can change my mind too,” added Cortez, who majors in sheet metal at Putnam but is also drawn to learn more about early childhood development.

Darius Lenoir, 19, added that Lee “seems really smart. I liked hearing about how he became a lawyer, and all the things he did after that.

“He made me think about what I want to do in the future,” added Lenoir, who is a senior at Phoenix Charter Academy School located on the campus of Springfield Technical Community College.

The Youth Group is run by SHA Youth Engagement Coordinator Jimmie Mitchell, who meets with teens every weekday afternoon in the Community Center at Robinson Gardens. Besides working on homework, teens discuss issues they face, and Mitchell guides them to stay in school and get jobs.

“He did a great job talking to our teens about a lot of different things, and making them think about their own futures and what they can do with their lives,” Mitchell said.