The Renaissance of Springfield is in full swing, and the evidence is all around – one only needs to look.

That was the consensus of four of Springfield’s dynamic professional women at a recent luncheon forum at the Lyman and Merrie Wood Museum of Springfield History. Nearly 100 guests filled the spacious SIS Hall for the discussion, sponsored by the Professional Women’s Chamber of Western Massachusetts. 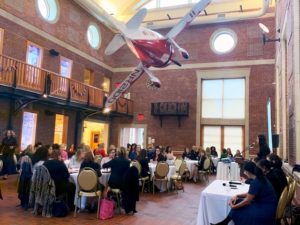 Guests and panelists at the ‘Renaissance of Springfield’ luncheon, sponsored by the Professional Women’s Chamber of Western Massachusetts and held at the Lyman and Merrie Wood Museum of Springfield History.

Each panelist shared what they consider to be the growing strengths of a downtown – and a city – in the midst of a comeback.

“There are so many new and positive things going on in Springfield right now, they’re all around us,” said Jordan, a former chief of staff to Mayor Domenic Sarno who now runs the state’s third largest public housing authority.

“There’s the renovation of the business district, plenty of new restaurants, MGM Springfield, Union Station, a new CVS in the South End, a new Way Finders building, the Marriott is coming back,” Jordan said, mentioning just a few recent developments underway or complete.

Jordan also noted the need for affordable housing, saying that communities outside of Springfield should begin to pick up their fair share to meet the demand.

Even the increasing downtown traffic can be seen as a plus, she noted, in a city where only recently one could drive the whole length of Main Street in a few minutes. 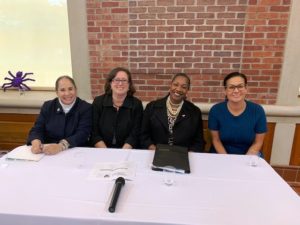 The other panelists agreed, underscoring the need for more market-rate housing and offering some advice about how to handle the growth.

“Unless we have good market housing downtown we are not going to attract the retail,” said Matt, who organizes some of the city’s largest downtown events, including the Parade of the Big Balloons, City of Bright Nights Ball, Star Spangled Springfield, and the World’s Largest Pancake Breakfast.

Matt added, “I think the future of Springfield is in the tourism industry. We are the third largest population center for the state and we draw a lot of visitors. I see that as an opportunity for us.”

Otero said that as a resident of the downtown who also works there, she can easily see the rising tide of people and energy.

“Yes, I am seeing signs of young professionals moving downtown,” she said. “But I am also seeing young families and elderly people being pushed out of the market.”

Otero said the city must take a step back and plan for the right kind of growth, and at the right pace.

She also expressed excitement for her organization’s plans to develop the Paramount Theater and Massasoit House, on the National Register of Historic Places. 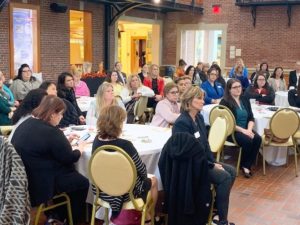 The discussion on the ‘Renaissance of Springfield’ drew a packed house and lively discussion.

For Canavan, whose business is employment recruitment and placement, jobs and qualified people to fill them are crucial to the success of the city.

“I would identify ‘eds and meds’ as our best assets,” she said. We have a fabulous higher education infrastructure in Greater Springfield, and our health care systems are excellent. Manufacturing is not as noticed, but hospitality – arts and culture and entertainment – are our future. I see all of this as continuing to be strong.”

The session was moderated by Kay Simpson, president of Springfield Museums.

Simpson spoke of the arts and culture as significant drivers of people to the region, as well as to the downtown, noting that tickets to the museums have doubled since 2017, with visitors annually from every state plus 30 countries and a $21 million on the local economy.

Participants praised the success of the luncheon, which was a full house, and the lively discussion.

“It was an honor to serve on panel to discuss the Renaissance of the City of Springfield,” Jordan said. 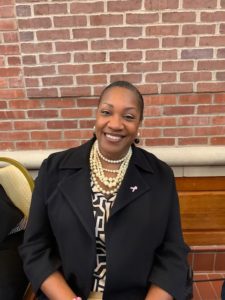 “As the former Chief of Staff for Mayor Sarno, it was a reflective moment for me to look back over all of the major milestones and accomplishments achieved during the Sarno Administration.  I feel honored and proud that I was able to be a part of so many great achievements for the betterment of our city during my 10-1/2 years as the Chief of Staff,” she said.

Jordan continued, “When we started, the city was in receivership, 11 years later, we are have over $4 billion in economic development. It was an awesome ride and I’m grateful to have been a part of it and can’t wait to see all of the exciting things to come.”