Teens in the Youth Group at Robinson Gardens Apartments got an important lesson recently on a topic many avoid: Life insurance, and the need for it.

Independent financial consultant Julius Lewis met with the dozen teens on a sunny afternoon, challenging them with question many had never given a thought to.

“Many people don’t even like talking about life insurance, but it’s something everyone should be aware of, and be planning on getting at some point,” said Lewis, a lifelong Springfield resident who found a calling in an industry he believes is not well represented among inner city people. 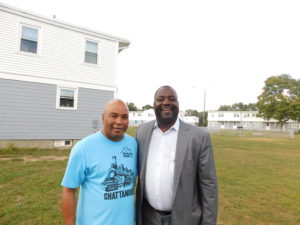 “I like helping people, and I know that is what I’m doing when I help people manage their finances, and plan for the future,” Lewis said. “Even when that future means after they are gone.”

Youth were treated to explanations of the workings of life insurance, both term, which is a one-time payment on death, and whole life, which has a retirement benefit, and how that can protect families from sudden poverty after a death of an earner. With insurance, he noted, there are funds to take care of imminent things like funerals, and future needs like bills, and education.

“It’s very important, and now is a good time to start thinking about this,” Lewis added. “No one is promised a tomorrow.”

A showing of hands proved that several of the teens had parents with life insurance, and they had some information about it.

Lewis also shared the news that life insurance rates are far cheaper for the young and healthy, giving rates that remain lower throughout the life of the recipient. 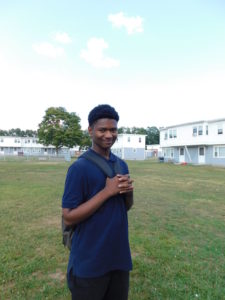 Lewis said he has found a good customer base in the city where he grew up, and he feels that his financial and insurance advice and services offer the kind of legacy that many ignore.

“I saw a lack of this in my community,” he said. “Not many of us are thinking about leaving something behind for our families. But it’s one of the best investments you can make.”

Teens at Robinson Gardens admitted that life insurance isn’t something they had given much, if any, thought to. But Lewis got their minds working.

“It was interesting,” said Kashawn Lenore, who is 15 and a student at the High School of Science and Technology. “I feel I know a little bit more about life insurance now. I never really thought about it before.”

“I actually like what he said. I can see how insurance is a good thing to buy as a guard against things that could happen to anyone,” said the junior at Central High School. 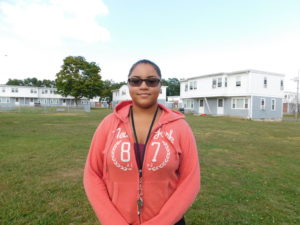 Sulie Huertas, 14, said she found the session on life insurance informative and useful.

Sulie Huertas is 14 and a freshman at Springfield Honors Academy. She, too, found the session informative.

“He got us thinking about how to set ourselves up for the future, if anything happens to us,” she said.

SHA Youth Engagement Coordinator Jimmie Mitchell invited Lewis as part of an ongoing speakers series featuring professionals from the community. From all walks of life, they focus teens on staying on a good track with education and jobs, with many sharing stories of overcoming hardships both financial and personal. 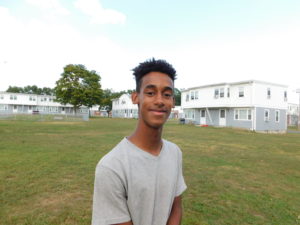 Nate Hunt, 16, said he will be thinking more about life insurance as he gets older.

“Once again, we’re bringing in people who can share success stories, things they’re not hearing in school or even maybe at home,” Mitchell said.

“We try to cover topics that introduce new information, and keep the kids thinking about their futures,” he said.